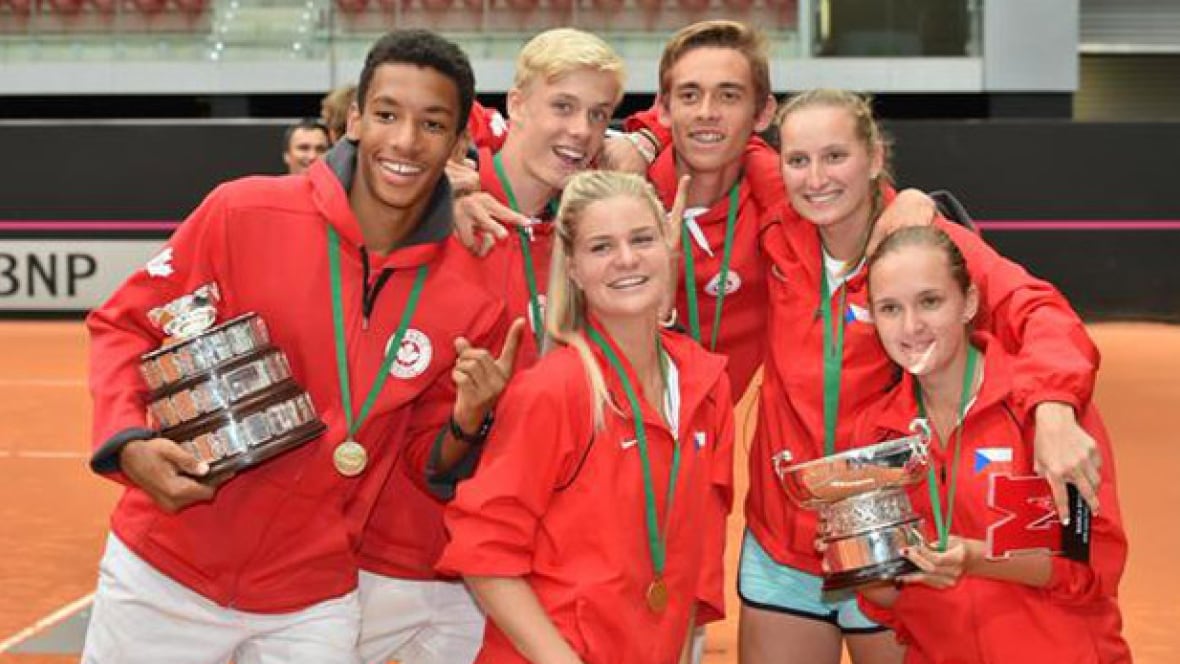 In record numbers, #Canadian kids are playing #Tennis — and the rise in participation rates just happens to coincide with breakthrough performances by #Raonic and #Bouchard on the world stage.

According to #TennisCanada, 161,000 boys and girls under 12 played tennis on a frequent basis in 2016 — meaning at least once a week over an eight-week season. That number represents an eight-per-cent increase from 2015 and at least a 23-per-cent jump from 2014.

Like Loading...
‹ #Canada wins the #FedCup by #BNP #Paribas #Americas zone group I event
#Dimitrov, #Nishikori and #Raonic, what are they missing to win a #GrandSlam? ›