Home › Uncategorized › #BBC Sports: Ten teenagers who are lighting up the world of sport

#BBC Sports: Ten teenagers who are lighting up the world of sport 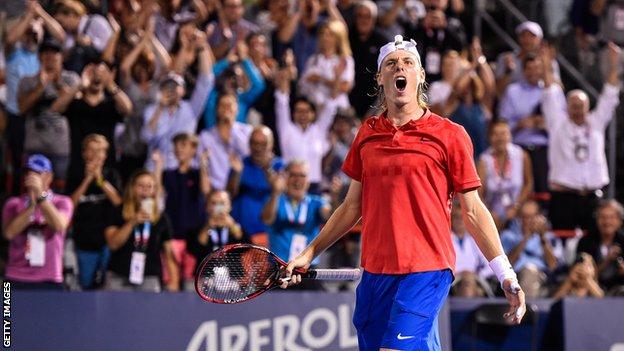 The Canadian teen’s love for #Tennis developed when he was five years old. His mother #Tessa opened her own tennis club in #Vaughan, #Ontario, to help give him a home base to train at and to teach the game to other juniors.

Fast forward to 2018 and his mum is still his coach, alongside #MartinLaurendeau.

And despite only having a short career so far, #Shapovalov is already enjoying his fair share of success. Shapovalov was a semi-finalist at the 2017 Canadian Open, beating tennis powerhouses Juan Martín del Potro and #Rafael #Nadal during his run.

Earlier this week, he reached a career-high world ranking of number 45 following a successful run in the Delray Beach Open – landing the highest-ever ranking for a #Canadian teenager.

Like Loading...
‹ #TheHindu – #Tennis: ‘Winning 10 Slams will be tough,’ says #RogerFederer
#Tennis: #RogerFederer return alongside #BillGates in Match For #Africa 5 ›