Home › Uncategorized › #Wimbledon 2018: #Roger #Federer and #Venus #Williams still bringing grace to the #Tennis even after all these years

#Wimbledon 2018: #Roger #Federer and #Venus #Williams still bringing grace to the #Tennis even after all these years 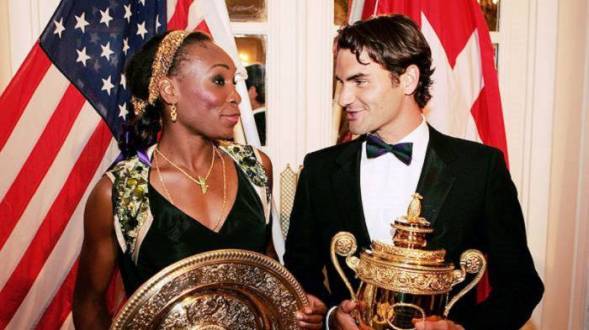 What a pleasure it was to watch #Roger #Federer and #Venus #Williams strutting their stuff at #Wimbledon.

This is Federer’s 20th Wimbledon and Williams’ 21st. Holy mackerel, these guys make more records than the #Beatles or #Elvis #Presley ever did.

Federer’s win over Lukas Lacko was his 104th match at Wimbledon, which is a men’s open era record. Williams has played exactly the same number of matches here as Federer, which is more than any other active player in the women’s game. Her win over Alexandra Dulgheru was her 89th at Wimbledon.